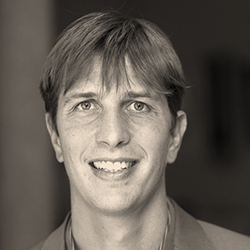 Edouard Berrocal received his Ph.D. degree in 2007 from the School of Engineering at Cranfield University (England). He was supervised by Dr. Meglinski, investigating the effect of multiple light scattering in optical diagnostics of dense sprays and other turbid media. During his Ph.D. he was involved in the computational modeling of photons transport through complex scattering media, such as spray systems, by means of Monte Carlo simulation.

After his thesis defense he was enrolled during 4 years as post-doctorant at the Division of Combustion Physics, working together with Prof. Mark Linne on the application of Ballistic Imaging to dense fuel sprays. In 2008 he co-invented with Elias Kristensson the SLIPI technique for improving visualization in the imaging of scattering media.

During the years 2011-2014 he was appointed Assistant Professor at Lund University working mostly on the development and application of novel laser imaging techniques for spray characterization.

In 2014 he has been appointed Guest-Professor at Nuremberg-Erlangen University, Germany for a period of 4 years through the SAOT (Erlangen graduate school in advanced optical technologies).

Since 2015 he is an Associate Professor at Lund University, Sweden.