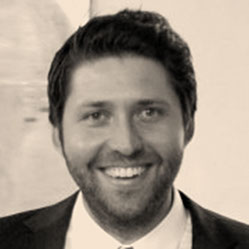 Elias carried out his undergraduate studies at the division of Atomic Physics at Lund University and took his M.Sc. in Physics in 2006. In his master project he developed a Monte-Carlo code to track how photons propagate inside human tissue.

He started as a Ph.D. student in 2006. During his Ph.D. studies he developed the SLIPI technique together with Edouard Berrocal. The SLIPI technique is the unification between laser sheet imaging and structured illumination (often used in microscopy) and is ideal for spray visualization.

After finishing his Ph.D. studies in 2013, Elias worked on developing a technique later referred to as Periodic Shadowing, which could be regarded as SLIPI for spectroscopy, permitting the user to suppress stray light that has been generated inside the spectrometer.

Currently Elias is working on developing the FRAME technique, financed by the Swedish Research Council. He has also received funds from the European Research Council to investigate the commercial potential of FRAME.